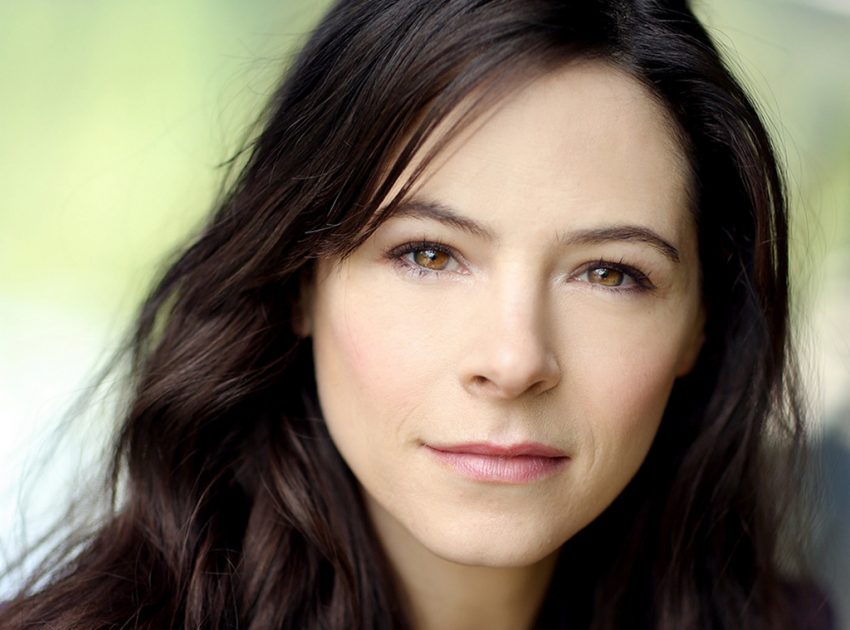 Raheny, Ireland. Moved to Kilcoole, Co. Wicklow when she was 3.

Elaine has a house in Ireland and both her and Stephen have a house in LA, Manchester as well as one in Hertfordshire.

Actor/Writer/Producer Stephen Lord whom she met on the set of The Truth. They were married on the 31st December 2007.

Elaine’s first acting role was as the title character in a school production of Pinocchio when she was five. When Elaine was 15, her parents filed for divorce after 24 years of marriage and although it was a sad time, Elaine understood what went on and knew it was for the better. While at secondary school she sported a nose stud and although they weren’t too happy about it, she defied her senior school in north Wicklow by refusing to remove the gold nose stud. Four years later she was forced to remove it for her role in Felicia’s Journey. This time she whipped it out like greased lightning… her nose has stayed studless ever since.

1996 – Won the Geneva Film Festival’s ‘Most Promising Actress’ Award for her role as Shelley in The Sun, The Moon & The Stars

2008 – Nominated for an IFTA for Best Actress in a Supporting Role in a Feature Film for the character of Sandra in When Did You Last See Your Father?

2009 – Nominated for an IFTA for Best Actress in Television, this time for her role as Annie Mulcahy in Little White Lie

2010 Won the IFTA for Best Actress in Television for the lead role character of Abby Mills in the US 13 part murder mystery, Harper’s Island

In her spare time she…

She’s not good at…

Being idle. There is always something to do.

A book that changed her life…

The Alchemist by Paulo Coelho.

Her idea of movie heaven is…

Anything on a big screen with a big bag of salted popcorn.

Her favourite alcoholic beverage is…

When drinking a cappuccino she…

When she was a child she wanted to be…

Everything. Now she’s happy with being an actress.

All her money goes on…

At night she dreams of…

All sorts, but not the liquorice variety.

Her favourite building is…

The Guggenheim museum in Bilbao. She visited it when she was filming in Spain and found it very hypnotic and beautiful.

Her biggest regret is…

Nothing. She don’t do regrets.

It’s not fashionable, but she likes…

Washing dishes by hand. Elaine is very environmentally conscious, so she try to do her bit wherever and whenever she can.

If she wasn’t Elaine Cassidy, she’d be…

Some form of wild cat.

Her favourite place to shop is…

Moschino. She loves their clothes and feels like a kid in a sweet shop whenever she goes in there; it’s always a win/win situation.

Her favourite work of art is…

Anything painted by her brother-in-law, Irish artist Rasher.

The soundtrack to her life would be…

A mix between Dancer in the Dark & The Mission.

According to Elaine, the best ever invention is…

Yet to be invented, the Teleport Machine.

If you would like to request an autograph of Elaine, you can do so using the postal addresses below. Make sure to include any photos you specifically want signed and most importantly, make sure to include a Stamped Self Addressed Envelope (SSAE) or an International Reply Coupon (IRC) to ensure a reply.

Please do not send requests for autographs via our contact form.