Home Television A Room with a View

A Room with a View

It’s the Edwardian era. The Honeychurches – Marian Honeychurch and her two just of age children Lucy Honeychurch and Freddy Honeychurch – are a carefree and fun-loving family that live in the country town of Summer Street, Surrey. Regardless, Lucy is a proper young woman. Some can tell by the way she plays Beethoven on the piano that there is a seething passion underneath her proper demeanor. She and her older cousin, her chaperon Charlotte Barlett, who is officious in a slyly undermining way, travel to Florence, Italy for a week-long respite.

The Pensione Bertolini where they are staying is popular among British tourists. Among the disparate group of other British guests at the pensione are a Mr. Emerson, who Charlotte considers vulgar because of his forwardness, and his son, the bright but brooding George Emerson. As their stay progresses, George feels that Italian life is opening his eyes to what is important in life, and he feels the same is happening to Lucy.

On a group outing, an incident occurs which both Charlotte and Lucy consider improper, which leads to the two leaving Italy early and heading back to England. Shortly thereafter, Lucy gets engaged to the upper crust and passionless Cecil Vyse. And Mr. Emerson moves to Summer Street, with George visiting on the weekends. As George befriends the Honeychurches, Lucy begins to tell a series of lies, mostly to herself, about what and who she really wants for and in her life. 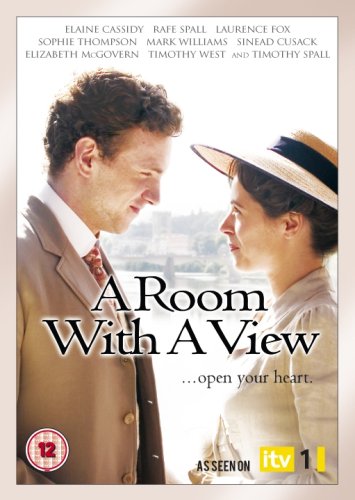